How to remember a speech

- using the ancient storytelling format "Once upon a time" 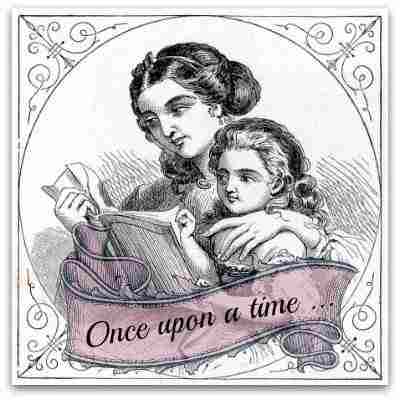 One of the greatest public speaking fears is standing speechless in front of an audience while frantically scrabbling through scraps of half remembered phrases in your mind unable to make a full sentence, let alone a paragraph, from any of them.

The image of yourself as a competent, coherent speaker vanishes and is replaced by the nightmare of dumbstruck bumbling confusion.

Meanwhile the audience waits, and waits some more.

One of the methods to bypass this pain is to use a pre-determined speech format to structure your information. It takes away the stress of having to remember your content as well as the order it comes in.

How to remember a speech using "Once upon a time"

The safety net of the ancient story telling format "Once upon a time..." is simple to memorize and use. It's excellent for illustrative stories, working effectively because it follows the traditional 3-part pattern that has satisfied listeners ever since people began telling their tales.

Within those 3 parts are 7 steps - sometimes called pegs or hooks to hang your story on. The first peg is the opening, the next five are the middle segment and the seventh is the conclusion.

Once you are familiar with the format you'll find it easy to adapt. You can expand each segment by adding details and/or drop the peg prompt phrase allowing your material to flow more naturally.

How to remember a speech examples

Here's a couple of speech examples (below) prepared using the 7 pegs of the "Once upon a time ..." format so you can see how it works.

I've kept the peg phrases intact and numbered them to make them easily identifiable. The result is a bit clunky but the purpose wasn't smooth storytelling. It was demonstrating the process!

As you read them imagine you are hearing them.

If I wrote them again the core ideas would be the same but the words expressing them would probably change and that's OK. Variation, especially in public speaking, keeps a story spontaneous, allowing you to respond creatively to a particular audience.

Angela and the worries

1. Once upon a time there was a there was a young woman called Angela who was given the task of preparing a speech for her communications class.

2. And every day she looked at the list of speech requirements. It was to be an informative speech, on a topic of her choice and between 5-7 minutes long.

3. And every day she worried about it. She imagined herself not able to find a topic she liked - that if she finally did find something that her class would think it boring, that she'd forget what she wanted to say and people would laugh at her. Her worries became so large they squeezed everything else out her mind.

4. And then one day while she checking the requirements for the 100th time, just to see if they really were what she thought they were, and that the date for the presentation really was in the following week, she had a startling thought. It was one so bright it blinded the worries, sending them scuttling into the far corner of her mind leaving center stage free.

The thought was this:

"What if choose a topic I've always been interested in and meaning to find out more about? If I'm interested in it, that will make it potentially interesting for my class mates."

5. And because of that Angela had no time for the worries anymore. She was too busy researching the development and growth of social media. Sure they sulked around a bit trying to get her take notice of them but they didn't really stand a chance.

6. And because of that those worries became quite manageable - even useful. For example when Angela thought about how to remember a speech what was left of them, now pale and pathetic, failed to incite fear at all. Instead they triggered a reminder that there were positive alternatives to panic.

She thought: "I'll write up a set of cue cards and use a format to memorize the examples or stories I want to tell. That's so much better than being mutely shame faced. Thanks, worries!"

7. And ever since then Angela is no longer paralyzed with public speaking anxiety.

And here's another story using the technique 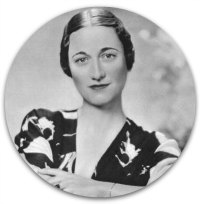 1.Once upon a time in the 1930's there was a young American socialite called Wallis Simpson.

2. And every day she practiced the arts of sparkling conversation.

3. And every day she became more and more adept at intriguing the men she met.

4. And then one day she was introduced to the heir of the throne of England, Edward, Prince of Wales. He became besotted with her despite their relationship being complicated by the fact she was still legally married to Ernest Simpson, and had been married and divorced previously to that.

5. And because of that the British monarchy, government and public were deeply shocked and could not accept the possibility of Wallis as their future Queen.

6. And because of that when his father King George v died in 1936 Edward, instead of accepting his role as King, abdicated in favor of his brother, George.


On 11 December 1936, Edward said in a radio broadcast to the English nation:

"I have found it impossible to carry the heavy burden of responsibility, and to discharge my duties as King as I would wish to do, without the help and support of the woman I love."

7. And ever since then that story is told as being the embodiment of true love. But is it?


For more help with remembering speeches check these pages: