The Power of the Spoken Word 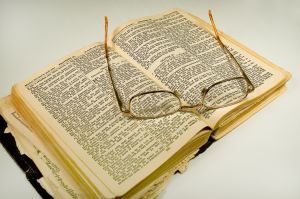 The power of the spoken word is a concept shared by many cultures and its roots go deep into pre-literate history. The most widely cited written reference in western civilization comes from the Bible

The Gospel According to Saint John, Chapter One starts:

The power of the spoken word, if Saint John's words are interpreted literally, is sufficient to create an entire world.

In direct contrast is this old rhyme:

'Sticks and stones may break my bones but names (words) will never hurt me.'

If we accept this idea words are powerless. Now we have a conundrum to consider. In the first quote words are omnipotent. In the second they are impotent.

What do you believe about the Power of the Spoken Word?
Is this a truth or a fanciful notion?
Should you consider the latent power in every word you're about to utter before you open your mouth?
Before you leap to an answer, try another question.
What is a word? 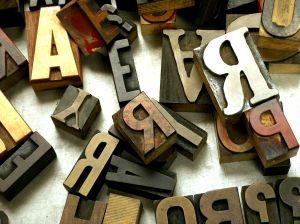 Is it merely a bundle of random letters?
Is it a sound or a series of sounds?
How do words carry intent or meaning?
Does it matter how or what we actually say?
If we don't understand the language being used, is there still power in the spoken word?

OK. That was lots of questions. Not just one. But words do that. They are complex slippery things defying simplicity. Their exact nature and the question of whether they have power or not has exercised great minds from antiquity to the present day.

For myself, I know there is Power in the Spoken Word.

I picture a word as carrier. Made of a collection of letters arranged in a unique way, each word denotes or stands for either a thing, person or an action.

These 'things', 'persons' or 'actions' are given meaning through our experience and knowledge of them.
For instance, the word, Mother.
Say the word. Let it roll around your mouth until you can taste it. What images does it conjure up? What feelings come with those images?

All of what you've just re-experienced was unpacked and released by the simple arrangement of six letters: M-O-T-H-E-R. To me, that's power. The letters by themselves are meaningless.

I believe the 'bigger' the word, the more power it has.
By 'big' words, I mean those effecting us all regardless of who or where we are. These are universal words shared by everybody. The language used may be different but the idea contained by those words is the same.

Some of the words from my 'big' list are:

Maybe you can think of more. Each of those carries energy ( either positive or negative) and that energy is the sum of our emotional response or intention. The word is a conduit allowing us to express ourselves.

How does the Power of the Spoken Word affect us?

Words can heal, words can hurt and words spoken by those closest to us have the most power of all.

Our word education begins when we do, at birth. Tiny and defenceless we are powerless, utterly dependent on others for our survival. From our mothers, fathers, caregivers we learn the power of the spoken word. We learn if we are loved, valued and cherished and we also learn the opposite and all the shades in between.

The messages of our childhoods keep speaking long after they were first spoken. It's as if they get locked inside our minds and echo on. Sometimes they lie dormant and then an event will trigger them. Up they pop like a jack-in-the-box and we hear again what we were told long ago.

I saw this illustrated numerous times as a teacher. Unfortunately it was mostly the negative comments that replayed.

I experienced fully capable adults reduced to emotional chaos over what appeared the simplest of tasks. When the reason for the breakdown was explored they'd often tell me they couldn't do 'x', 'y' or 'z' because they were stupid, silly or dumb.

When I challenged the statement, they'd say, that's what they'd been told. Some would go on to tearfully explain. Inevitably there would be some strong figure or a number of them who shot the wounding bullets. They'd been ricocheting ever since.

If we track back over our lives there will be numerous occasions where words either healed or hurt.

How does the Power of our Spoken Words affect others?

If we accept words spoken to us have the capacity or power to affect the way we feel about ourselves, others and the world, then we must accept our words have the same potential impact on those around us. We can hurt or we can heal. The choice is ours every time we open our mouths.

Using the Power of Spoken Words to Heal.

Acknowledging the power of spoken words is a fundamental building block to many self-help as well as main stream therapies. For what we say out loud is a guide to what lies within us. If our talk is critical, cynical or destructive, then we tend to find we think about ourselves in a similar way. Quite simply, we don't like or approve of much that we do or who we think we are. We have little tolerance for our weaknesses. We are ashamed. We fear being less than others. We attack for fear of being exposed.

The power of positive thinking has been well documented. Change the way you think or talk to yourself and you will change yourself. The words you speak to yourself in the privacy of your mind have power too. Sounds too simple to be true, doesn't it? But it is.
Shakespeare said it like this: 'Nothing is either good or bad.'Tis thinking makes it so.' Words create our world.

Do you want to put some Positve Power of the Spoken Word in Your life?

Yes! Great. Go to Ten Tips on Using the Positive Power of the Spoken Word. These are simple to use power-packed suggestions. Let the energy of your words heal.

Would you like to read some more about the power of positive thinking and how self-talk shapes our lives?

Try reading James Allen's 'As a Man Thinketh'. This little classic is regarded as the forerunner to many of the best seller texts of today - including Norman Vincent Peale's 'The Power of Positive Thinking'. You can download a free copy right now!

Or you could try any of these 3 links to sites specialising in positive thinking.

They represent a variety of viewpoints. Give each of them a chance to 'talk' to you. If you don't like what you're 'hearing' click up the next. Fortunately, there are many ways to express the power of the spoken word. There will be one appropriate for you.

'Benefits of Positive Thinking' belongs to Cristina Diaz.
It contains a broad selection of articles and links to resources. Cristina writes in a warm, approachable way sharing her journey toward thinking positively.

Simon Templeton's site features a collection of free downloadable classic texts.
Each e-book is a testimony to the power of positive thinking or the power of the spoken word. You'll find amongst the treasures Napoleon Hill's 'Think and Grow Rich'.

Steve Pavlina's fascinating site features a startling variety of articles all related to various aspects of self development including positive thinking and the power of the spoken word. He calls it Personal development for Smart People.
Warning! It's so easy to lose hours here.

PS.
Does using the power of the spoken word positively mean you have to be a 'pollyanna' about everything or everybody you meet in life?
You know...absolutely everything is 'nice', 'super' or 'wonderful' regardless of what you feel or the situation you're in.

No. That would be daft. It would deny your intelligence and that of the person you're talking to (even if it's yourself!).

What it does mean is looking beyond the initial often destructive or dismissive impulse to find the constructive one. Example: I write. I want to write so well the words sing off the page. It seldom happens. Sometimes my words warble pleasantly but they also frequently squawk. I can stop writing altogether and say things like. 'I tried but it was too hard.' 'I don't have the talent.'
Or I can say: 'That piece is better than the last. That paragraph worked. I like your sentence construction there. Now how about you go back and have a play with that bit where you were trying to explain...'
See the difference?

Do you ever get bored or feel limited by your current word collection? If so, it's time to get a new one. Go to my How to Increase Your Word Power page for tips and suggestions to improve your vocabulary. There are thousands and thousands of words in the English language. They're waiting for you now, all free to a good home; your mouth!