If you're looking for retirement quotations of wit, wisdom, or a combination of both, to include in a retirement or farewell speech, you should find something apt in this large and varied collection. 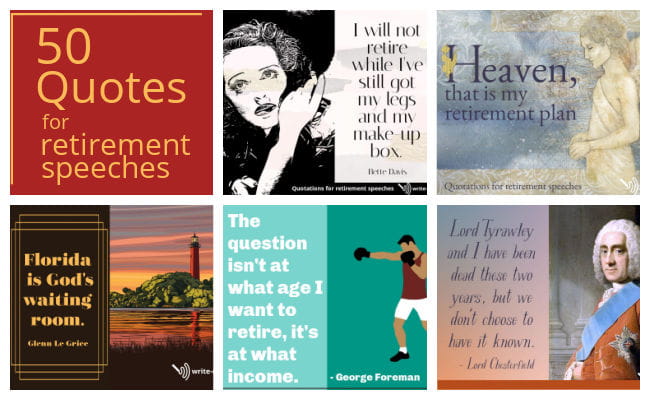 Where the author is known, their name is shown below the quotation. If you choose to use their words, do acknowledge them.

Retire? I'm going to stay in show business until I'm the only one left. 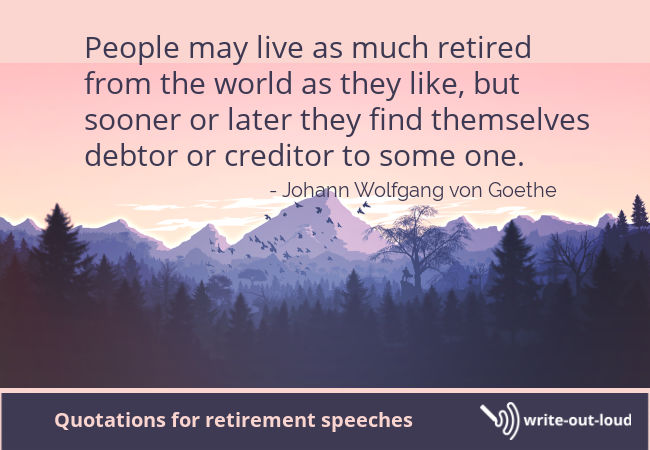 People may live as much retired from the world as they like, but sooner or later they find themselves debtor or creditor to some one.

Retirement: When you quit working just before your heart does.

Retirement is the ugliest word in the language.

A lot of our friends complain about their retirement. We tell 'em to get a life.

When a man retires, his wife gets twice the husband but only half the income. 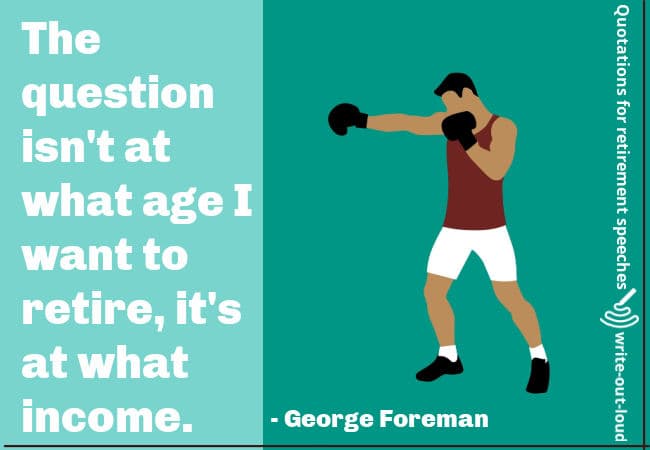 The question isn't at what age I want to retire, it's at what income.

Age is only a number, a cipher for the records. A man can't retire his experience. He must use it. Experience achieves more with less energy and time.

He who laughs last at the boss's jokes probably isn't far from retirement.

When men reach their sixties and retire, they go to pieces. Women go right on cooking.

There are some who start their retirement long before they stop working.

I have never liked working. To me a job is an invasion of privacy. 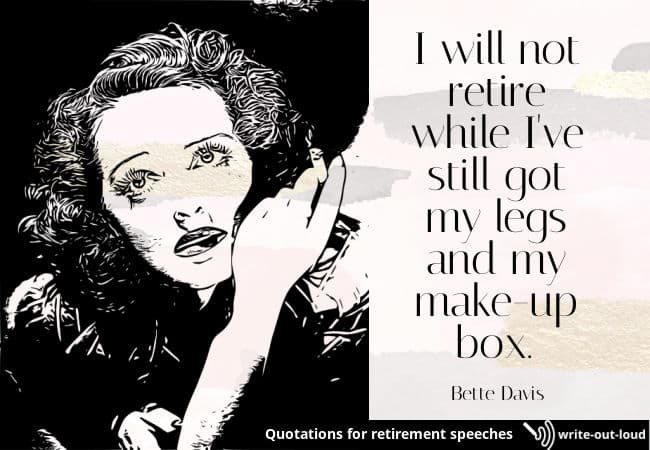 I will not retire while I've still got my legs and my make-up box.

Retirement at sixty-five is ridiculous. When I was sixty-five I still had pimples.

A man is known by the company that keeps him on after retirement age.

I really stay busy in retirement. I often have to cancel my golf games on the weekends to go play in tennis tournaments.

The best time to start thinking about your retirement is before the boss does.

Welfare is not a retirement plan. 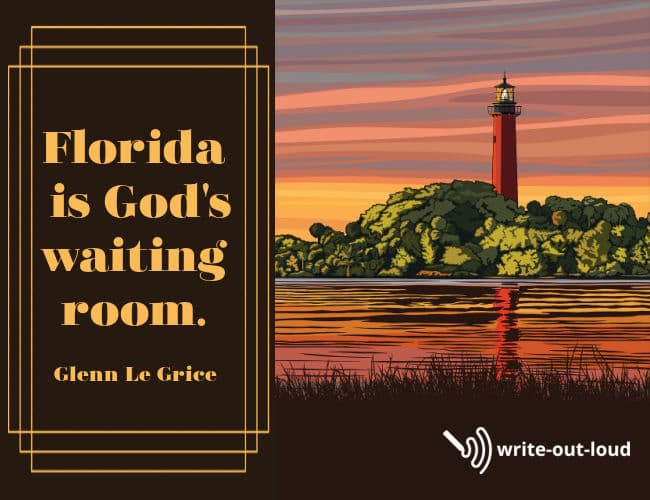 There is an enormous number of managers who have retired on the job.

Retirement is when the living is easy and the payments are hard.

A successful artist of any kind has to work so hard that she is justified in refusing to lay down her scepter until she is placed on the bier.

It has become clear to most of us that we don't want "our father's retirement"; the only thing that needs to be retired is old ideas about retirement.

Our greatest fear and insecurity for our later years should not be about the Social Security system or about being broke but rather about being without purpose and meaningful work. 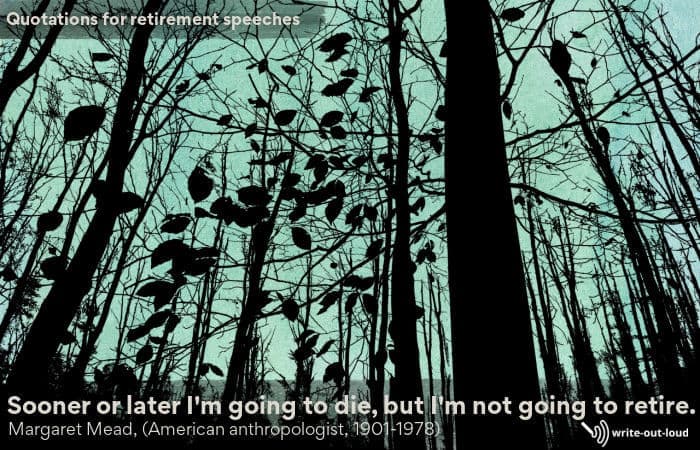 Sooner or later I'm going to die, but I'm not going to retire.

Retirement is wonderful. It's doing nothing without worrying about getting caught at it.

Have you ever been out for a late autumn walk in the closing part of the afternoon, and suddenly looked up to realize that the leaves have practically all gone? And the sun has set and the day gone before you knew it, and with that a cold wind blows across the landscape? That's retirement.

As to that leisure evening of life, I must say that I do not want it. I can conceive of no contentment of which toil is not to be the immediate parent.

At retirement, switching from “I must” to “I want” leaves me puzzled and uneasy.

In retirement, only money and symptoms are consequential.

In retirement, I look for days off from my days off. 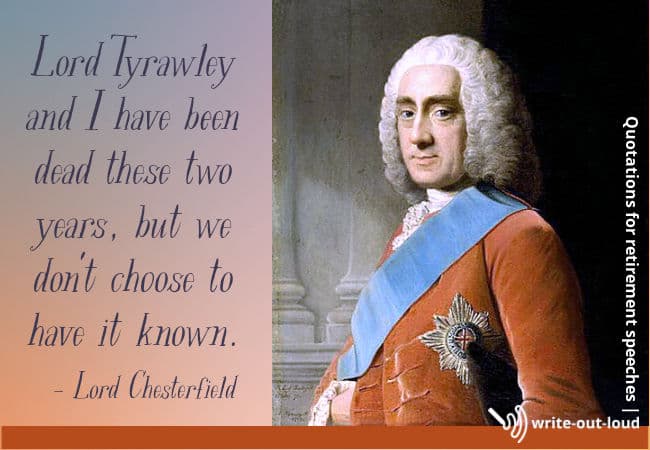 Lord Tyrawley and I have been dead these two years, but we don't choose to have it known.

I mean to retire, where nobody will have heard about my special skills. And conversation is mainly about the weather.

'Tis our fast intent
To shake all cares and business from our age,
Conferring them on younger strengths, while we
Unburdened crawl toward death.

Being sixty-five ... became a crossroads. We said, we have nothing to lose, so we can raise hell.

I retired from work and I didn’t want to just sit there and do nothing; I don’t knit and I don’t like TV and I’m no gardener.

- Margaret Demers (b. c. 1917), U.S. college student. At 76-year-old the retired office worker was explaining why she had enrolled as an undergraduate student at Worcester State College in Massachusetts. 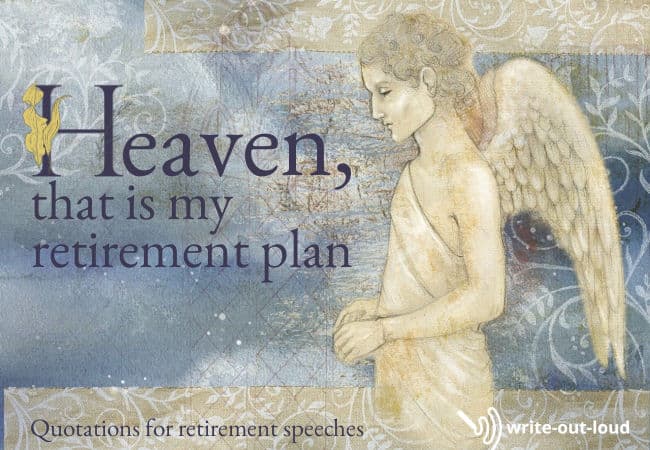 I think retirement beats the heck out of life after death, that’s for sure.

When some fellers decide to retire nobody knows the difference.

I’m not in the speech making business nowadays. I’m following the advice of an old mountain woman who said: ‘When I walks, I walk slowly. When I sits, I sits loosely. And when I feel a worry coming on, I just go to sleep.' 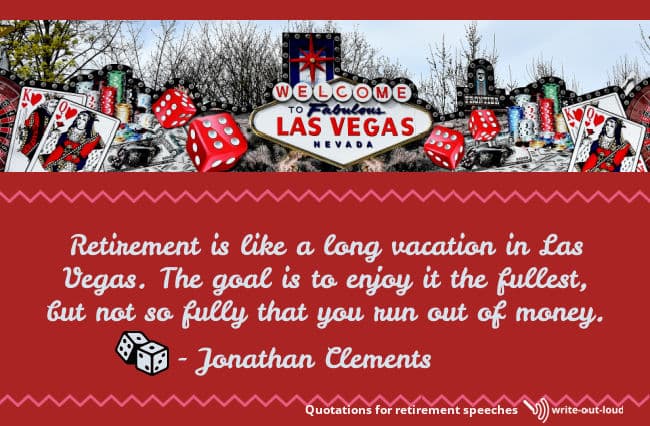 Retirement is like a long vacation in Las Vegas. The goal is to enjoy it the fullest, but not so fully that you run out of money.

I have a lifetime appointment and I intend to serve it. I expect to die at 110, shot by a jealous husband.

Retire from work, but not from life.

It's with joy and sadness that we say farewell tonight
No one more loved or respected has earned this right.

Working people have a lot of bad habits, but the worst of these is work. 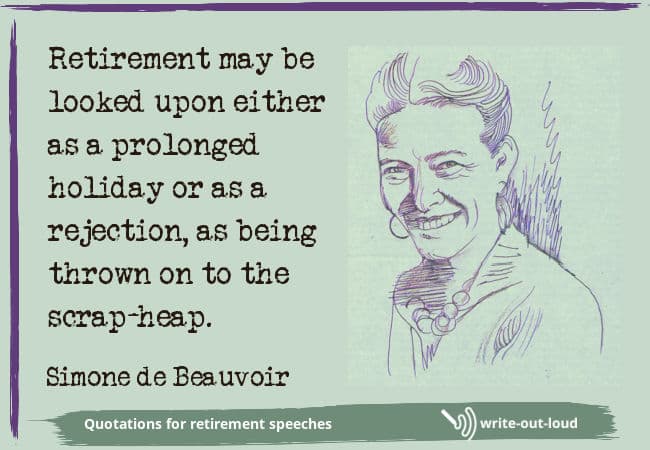 Retirement may be looked upon either as a prolonged holiday or as a rejection, a being thrown on to the scrap-heap.

And in the end it's not the years in your life that count. It's the life in your years. 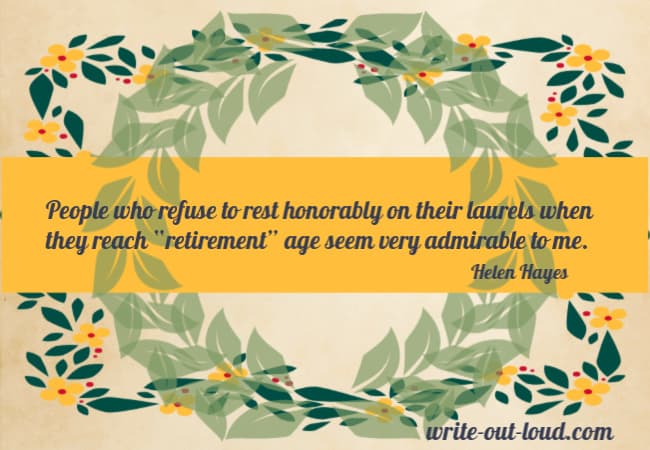 People who refuse to rest honorably on their laurels when they reach retirement age seem very admirable to me.

Get a hand to write your retirement speech 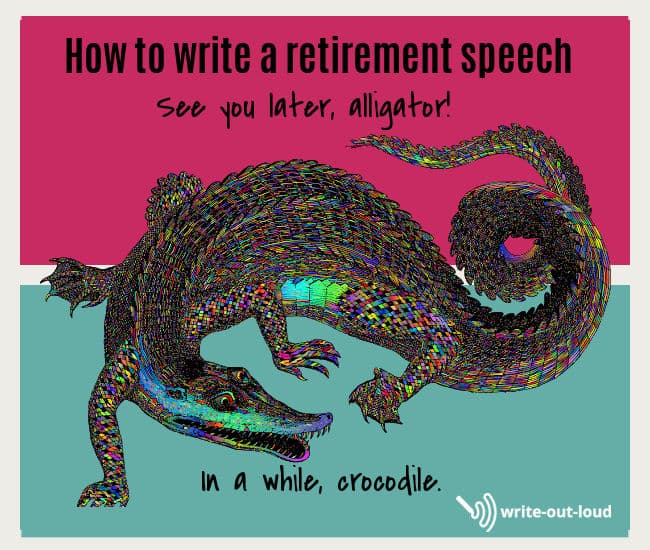 Use these easily followed step by step retirement speech guidelines with examples.

You'll find how to brainstorm, starter headlines, themes to use, notes about tone and the length of  your speech ...


Other useful pages to help with your speech:

Figuring out what you want to say and writing your speech is one half of the job. The second half is actually delivering it in front of your audience. 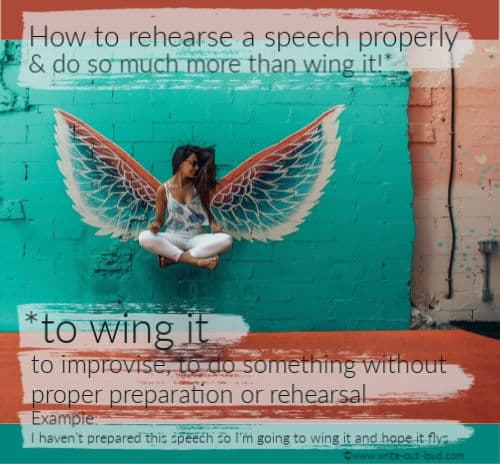 Here is one of two pages to help you present your speech with pzazz, style, panache, confidence, and flair, in other words, well.

The second page works in tandem with the first. Use both of them!