There are 108 persuasive speech topics here covering many current feminist issues. For example:

They're provocative and challenging topics raising issues that I like to think should be of concern to us all! 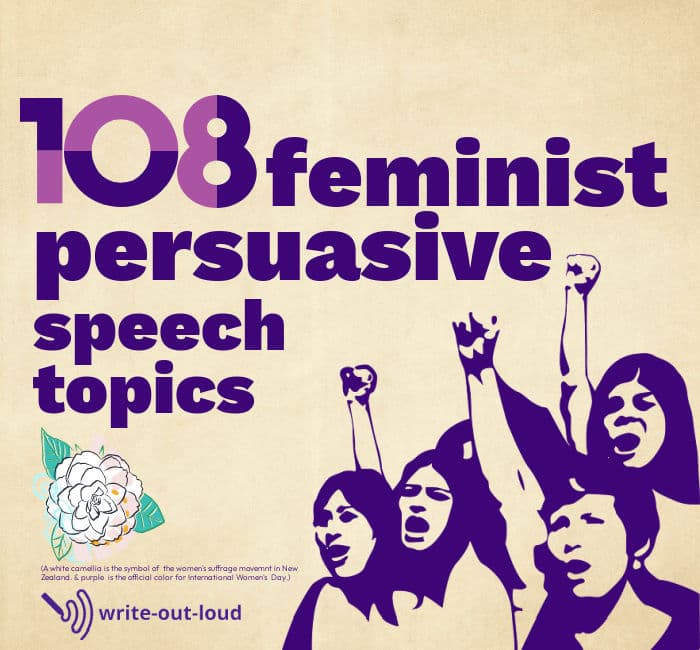 Feminism is defined as belief in and advocacy of the political, economic, and social equality of the sexes, expressed especially through organized activity on behalf of women's rights and interests.


16 the media and feminism speech topics


9 topics on education and gendered expectations

The first three resources below provide an excellent starting point to get a broad overview of feminism: its history, development and current issues.

I've included the fourth link because I'm a New Zealander, and proud of what its women's suffrage movement achieved: the vote for women in 1893.

For a more in-depth discussion about choosing a good persuasive topic, and crafting a persuasive speech please see: