40 quality images to use as speech or story starters

Have you ever used picture prompts as starters for impromptu speeches?

No? Then you'll be delighted to discover just how effective using an image can be.

That familiar saying, 'a picture speaks a thousand words', is backed by thousands of centuries of story telling. The first verifiable instance we know about are the drawings found on the walls of pre-historic caves.

(Read this UK Guardian article if you'd like to find out more: Earliest known cave art by modern humans found in Indonesia.)

We are not so different from our ancestors. Pictures fulfill exactly same function for us as they did for them. They connect. They invoke feeling and they tell stories. 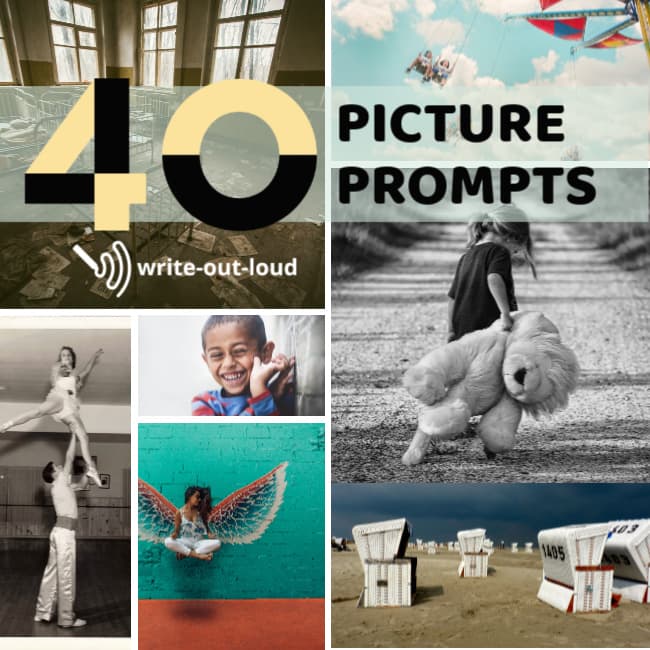 Along with guidelines for five activities using pictures as starters, I've included a printable to download of 40 quality images*. You'll find that at the bottom of the page.

* All the images come from two copy-right free image sharing sites: Pixabay and Unsplash. Thank you!

How to begin using an image to tell a story

Use these classic questions as a starting point. 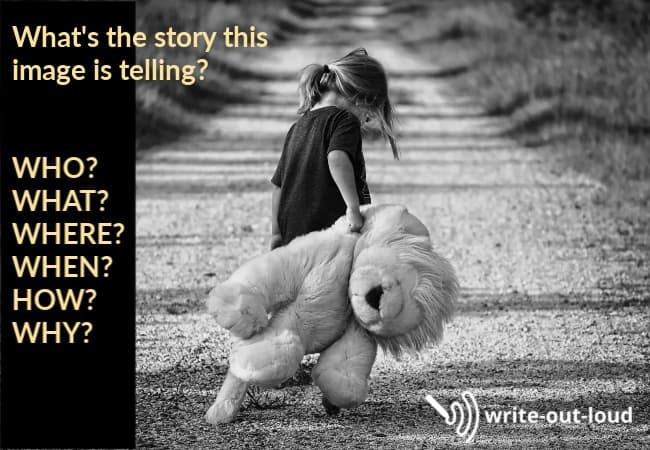 Pick any picture, like the one above, and ask:

The response to any of these six questions will vary according to who is looking at the picture, and what they are choosing to see.

For instance, let's use the picture of the child above as an example.

We could say that before the photo was taken she had thrown a temper tantrum about having to eat what she was given for lunch. Then she picked up her lion, Leo, whom she lugged everywhere, generally by the leg, and set off down the road to her Grandmother's house.

After the photo was taken , by her father, who unbeknownst to her had followed her, the child continued on her way, convinced her Grandmother would take pity on her and give her something truly delicious to eat,

Another question to ask is, how does this picture make you feel? Why?

All these questions strengthen observational skills and the ability to reason or infer.

Rather then being bound by "reality" allow "truth" to be suspended. Put the focus on developing and refining credible story telling.

This is very simple!  And it's conversational, rather than a speech. It's a beginner's activity, introducing the idea of using an image as a stimulus for speaking.

Making it paired rather than solo helps as well. It reduces the sense of pressure someone may feel, if all eyes on them, to pull something together quickly by themselves.

Choose a picture and ask your partner to tell you as much as they can about it.

Prompt if necessary to get more and draw attention to details that may have been overlooked.

When finished, swap over roles, and use another image.

Print off the number of images you need: one per person and one extra.

Turn them face down.

Now everybody chooses one.

Go around your group, each taking a turn to tell the story of the image they got. Allow 1 or 2 minutes per person. Be prepared to prompt, if needed.

If you're working with people new to this, encourage, and praise what is genuinely good. And keep going. Becoming fluent takes time.

This time all the people in your group are going to use exactly the same picture. And each one will tell a different story.

For example here are four possible story lines prompted by the picture of the little girl with her lion above.

4. Start with one, then add another

Print off two images per person. Set a time limit of 2 minutes per story. Appoint a timer.

Turn the pictures face down.

Decide who is going first. That person chooses an image and begins to share his story, which the timer is timing.

At one minute, the timer says 'add'.  The person telling the story must pick up another picture and on seeing it they must immediately incorporate it into their story. The turn finishes when the timer calls 'stop' at the end of two minutes.

Then it is the next person's turn.

What this game/activity does really well is teach the importance of transitions. How do you get from one thread to another? What makes a jump believable?

Again the more practice folk have, the better they'll get!

You'll need an image per person. Turn them face down. Set a time of 1 to 2 minutes.

When its their turn each person chooses a picture which they then turn into the news of the day. Encourage people to have fun being the important on-the-spot reporter.

They'll need a headline and then the story covering what its about, where, when and why it happened, who was involved and how.   Are there ongoing concerns? Any implications? Is there going to be a follow up?

Now get the printable to go with the activities!

If you teach they're a great addition to any language arts program you might be putting together.

Some of our content is only for write-out-loud+ members. Membership is FREE! Find out more here, or sign up below! 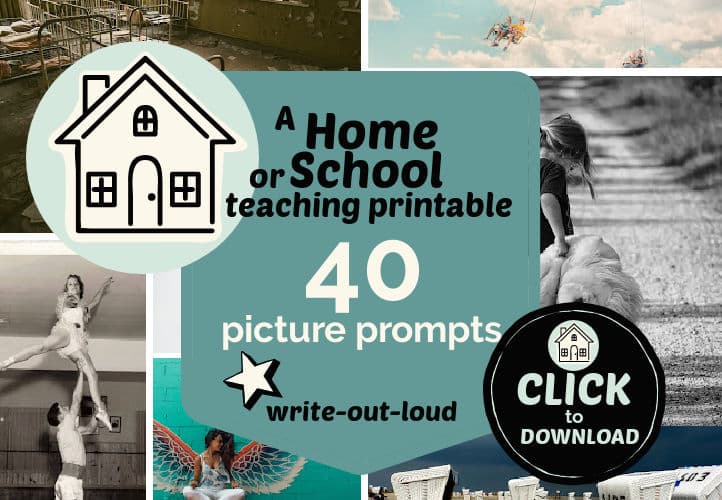 PS. Here's another wonderful source of picture prompts I discovered. The New York Times has made a special feature of them and posts new ones regularly: New York Times Picture Prompts.