- in memory of my mother, Iris

Here's a sample tribute speech. It's for my mother, Iris, and yes, it's all true.

You'll find the outline or template the speech follows directly below it along with other helpful links to information about the speech writing process, funeral poems and quotations and more.

A tribute speech for my mother: Iris

My Mother shares her name, Iris, with the goddess of the rainbow; a messenger for the ancient Olympian gods and carrier of faith, hope and wisdom.

But that's not why her parent's called her that. Instead it was something much closer to home.

After her birth my grandmother saw beautiful dark purple flowers out her bedroom window. They were iris. She was named for them . 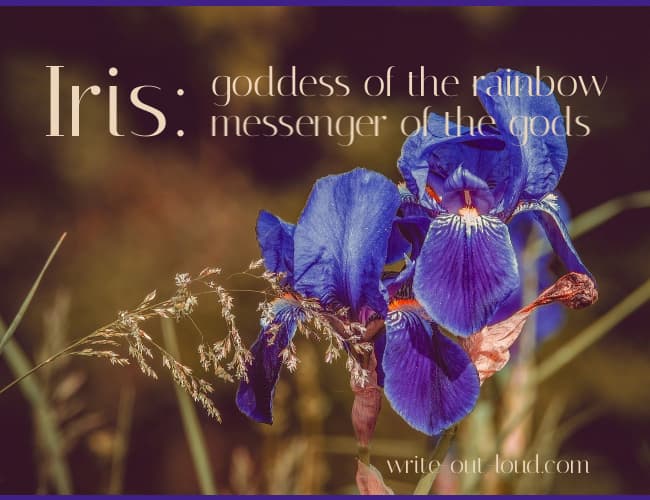 Iris, the last of five children, arrived during the Depression Years.

At two years old her father died and her family were thrust into hard times. Her brothers and sisters were sent out to work as soon as they were old enough. There was no government assistance for widows in those days.

On eve of World War Two she left school to work too. She was thirteen years old and as she said; knew nothing about anything worth knowing.

Soon being a shop girl behind the Woolworth's counter was no longer enough. She wanted more. That hunger drove her to night school, a secretarial course, and speech lessons to learn "to talk proper".

Nothing, not even God, was exempt from her desire to break free of limitations imposed by circumstance. Her staunch Catholic upbringing was questioned. The family fall-out from her decision to abandon it was legendary.

My Great-Grandmother locked her in her room for several days. Prayers were said and priests brought to the door.

However all the threats of hell-fire and eternal damnation were powerless.  Finally her family relented, the door was opened and she was reluctantly set free.

In 1947 she met my father. It was "love at first sight" and they married six weeks later.

Iris and Graham had five children. I am the eldest and the youngest was two when, in a curious repetition of family history, my father died. This time, in this generation, there was a widow's benefit and although meager, my Mother was grateful.

Events in times of great shock are tattooed into memories and their images remain despite the wear of years.

From the chaotic struggle to find a sense of place without my father, to effectively parent five children on her own, to balance growing financial demands against a small fixed income and more, flow a stream of images. Each portrays aspects of Iris I respect and admire.

This what we called them as children. They were philosophical discussions on varying world religions and often baptized in the bath. At the end of the day that was where she read and invariably she nodded off. Sodden books, face down, their leaves splayed out to dry were a common sight.

No matter how fraught she was there were always fresh flowers: a bowl of velvet pansies, red roses; whatever was in season from her garden. They were, to use her expression, a hyacinth for the soul. She understood 'Man can not live by bread alone.' and beauty was essential.

In the high cupboard above the kitchen bench were a series of labelled jars. "Food", "Electricity", "Phone", and so on. Every time her widow's benefit was paid out each jar got its portion.

My youngest brother and sister suffered chronic bronchitis. Many nights I woke to find her cradling one, and sometimes both. She'd be wrapped in her old blue dressing gown, her long brown hair hanging loose, crooning and gently rocking them back to sleep.

It was called Flower Power, sported a huge stylized black daisy on its boot, and was her faithful friend. She drove it everywhere, always, to my brother's embarrassment, at the same speed, slowly.

In this Iris was a trend setter. Long before the eat-healthy gurus arrived on the scene advocating "raw this" and "juiced that" with a side dish of mung bean sprouts, my mother was buying sacks of carrots for the daily juice-up.

Every morning six glasses were lined up on the kitchen bench, one for each of us. Inevitably they'd been done early and by the time we got to them a top layer of brown scum had formed. Drinking or not drinking the stuff was a battle of wills. Mostly she won.

The soft clack, clack of its whir was a familiar sound track to our lives. Along with the wheel came bags of wool straight off the sheep. The end result was homespun garments for everyone.

Later she added learning to use natural dyes and weaving to her skills. The dye brews resembled a witch's cauldron. Into them went onion skins, green walnuts, lichens, flower petals, anything that might yield up its color.

When seen through my teenage eyes much of who she was and what she did was incomprehensible. On a superficial level she was a Mother doing what Mother's did, mothering, albeit with a difference. Beyond that, I didn't understand or fully appreciate what she gave us.

The hindsight of passing years and growing maturity have slowly revealed her real value. I look now and am humbled. I see the enormity of raising five children on her own while hounded by the constant fear of "never having enough money". I marvel at the strength of will and determination  that kept her going.

I have her hunger and respect for knowledge to thank for my education.

I remember a small but significant scene that took place a year or so after my father died. A couple of well-meaning older family friends were discussing our financial situation.

"Of course Susan will leave school and...", one of them began. My Mother cut her short. "No. That will never happen. We'll manage."

We did, and I got an education, as did those following me.

The freedom to investigate and believe what we wanted to about the BIG questions she actively encouraged. The memory of her own struggle for permission and the right to find her own path was to leave us free.

While there always the backdrop of her ongoing inquiry into religious beliefs, morality and spirituality it was never foisted on us.  Her faith that we would each find our "right" path and relationship with what it is to be human living in the world held us strongly. We were never in any doubt as to who was ultimately responsible for the lives we would lead. It was us.

Beauty is free. That's another legacy from her. It's everywhere if you have eyes to see it: a sun rise, a child's smile, a flower from the garden, a meal prepared with love, or a tree in autumn. Appreciation of it doesn't increase with the amount of money in your wallet.

And that was Iris, our mother, our flesh and blood version of her overlooked namesake, the goddess of the rainbow. She was our example of persistence, courage, service, faith, hope, love of beauty and the ongoing quest for truth.

Use the following headings as a guide to write the outline for your tribute speech.

Introduction
Open with an attention getter followed by introducing who you are talking about.

Background
Provide a context (setting) for accomplishments and obstacles. This validates your choice:- explains why you chose whom you did.

Relationship
Why is this person important to you?
Outline their impact on yourself and/or others. This is an opportunity to tell the stories highlighting the qualities you revere.

What has been learnt as a result of their influence?
What will you and others value and carry forward? 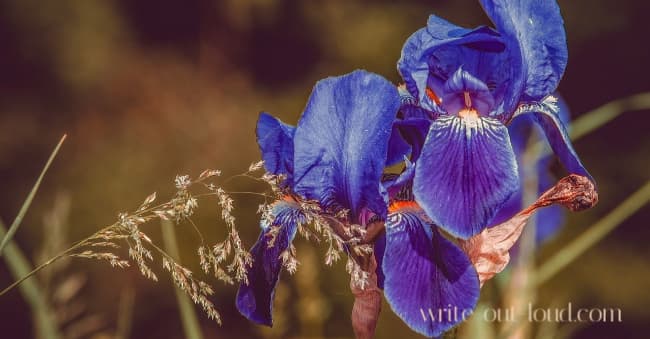 These will help you prepare your own tribute speech.

Browse quotations, read a poem or sample eulogies, and if you wish, find out more about writing a funeral or commemorative speech.