I've laid the speech out labeling each step of the sequence from beginning to end so that you might see how, and why it works effectively.

All the spoken text is inside speech marks beginning "One fine Spring day...", after the first Attention Step heading below.

In addition there's: notes covering the topic, context (audience) and purpose of the speech, a list of references used, a personal explanation as to why I wrote it, and links to more persuasive speech resources.

I hope it's useful to you!

*If you don't know about Monroe's Motivated Sequence find out more. See the sequence (with explanations) in use in an example persuasive speech outline. If you decide you'd like to use the pattern for a speech of your own toward the bottom of the page you'll find a free printable outline to use as a guide. 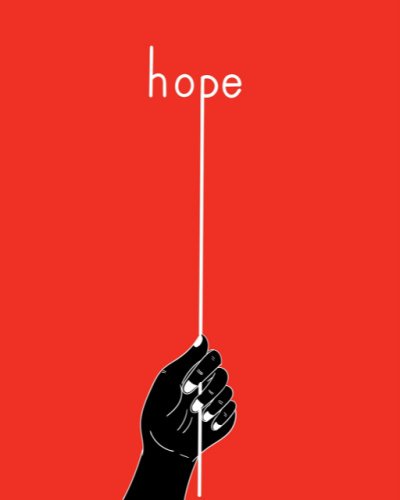 General topic:
- the impact of suicide on those left behind

Audience:
- community cross-section (teachers, social workers, nurses, doctors, leaders) brought together through their desire to support the people they meet through their work more meaningfully.

Title of speech:
"After They're Gone"

Specific purpose:
- to persuade listeners to learn more about the special needs of family members, friends and colleagues in the immediate aftermath of a suicide through the material available on the After suicide website which is run by the Mental Health Foundation of New Zealand, on behalf of the Ministry of Health. 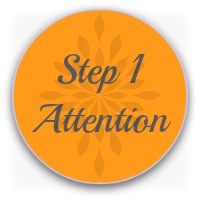 "One fine Spring day I biked home from school and found a policemen guarding our backdoor. Through it came sounds I'll never forget; my  quiet, well-mannered Mother screaming.  He said, "You can't go in."

I kicked him in the shins and did.  It was the 15th of September, three days before my thirteenth  birthday and my father was dead.  Killed by his own hand. Suicide."

"What are your chances of being in a similar position to that young policemen clutching his shin?

Fortunately, not that high. In NZ we have approximately 500 suicidal deaths per year. Therefore being kicked because you are the messenger of bad tidings is not that likely. But for those who are, that statistic is cold comfort."

"Some of us know its chill intimately.

Death may be part of the normal, natural expected cycle of life but death by any sudden, unexpected, traumatic form, particularly suicide, is not. These deaths bring significant challenges at personal, family and community levels. They cause ripples, like a stone thrown into water, touching us all." 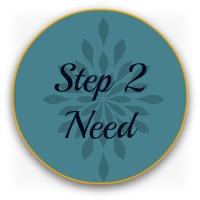 "What do you say to the woman whose husband went out one morning and never came back? To the mother whose son was found dangling from a tree? How do you talk to the sister, brother, cousin, friend, work mate of somebody who died by suicide? Is what you say to children, teenagers different from that you'd say to an adult?

Talking about it is hard. It's tough, but necessary.

Recovery is shaped by responses: good, bad or indifferent. What we say, what we do, matters. As teachers, parents, friends, neighbors, business partners, employers, medical or social workers, who ever we are in relation to those who are experiencing bewilderment and pain, our actions count.

Research shows us that how we handle the aftermath directly affects what happens next for those left reeling.

"To be part of the problem - that is to perpetuate the myths and stigma of suicide, all you need to do is: nothing much.

I know this from personal experience. You can avoid those people. Cut them from your life. Reject them as if they're contagious.

Or blame and shame them. It was something they did. The fault lay in them.

Or talk about anything else except this event, this person who is gone.

Or peddle platitudes: you'll get over it and, time will heal.

Or you can credit the event as evidence of that person's tragic but heroic personality. They were too big, too intelligent, creative or sensitive for this life. Suicide was their only option.

All of that and more happened in, and to, my family.

The long term effects of not being allowed, able or encouraged to express ourselves openly or honestly about our father's disappearance haunted all of us in varying forms.

We lugged deep-seated guilt around for years.

We were frightened of change and yet fascinated by danger. And yes, we flirted with death in varying guises.

We knew we were flawed, tainted, but didn't know how or what by. Our relationships suffered accordingly.

We struggled, each in our own way, to find strength in our abilities and to realize them.

In short we behaved much like victims: trapped in a silence compounded and strengthened by time. Life was a battle. The fight was to find balanced reality."

"To be part of the solution, which I know you want to be, is to open yourself, to acknowledge your own fear of suicide and to learn how to support either yourself or others who need it." 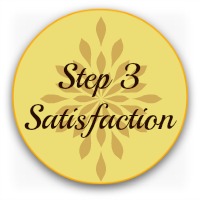 "With support we know we can lessen the long term impact of suicide.

We can't take away the initial pain, the horror, the sense of betrayal, shame or anger but we can work towards its resolution equipping people to emerge from the experience strengthened and healthy.

For children and young people that means finding safe support groups and mentors.

For teachers, health workers and others who work in a professional capacity with people affected by suicide, it means knowing where to turn for credible, helpful advice.

For families it means knowing where the lifelines are and how, why and when to access them.

For communities it means understanding and respecting cultural difference and working within those frameworks to provide meaningful support.

We are fortunate in New Zealand. Yes, it's one of those bitter ironies; the country whose youth topped the charts for topping themselves in the 1990's, has gone on to develop an extraordinary multifaceted program whose principal aim is suicide prevention. That program saves lives as well as lessening the long term harm frequently visited on the nearest and dearest.

Statistics show suicide has dropped by 20%.

We also know, due to in-depth studies, more about factors leading up suicide and how to recognize them in ourselves and others."

"Out of our collective pain has come a valuable life affirming hub of knowledge." 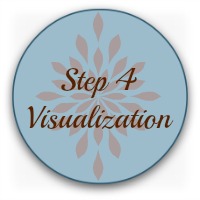 "Now there is no need to unwittingly cause more pain through ignorance or the misguided belief that through not talking about it, it will disappear. And for that I am grateful. This wasn't there when my family most needed it but it is there now.

Let's make sure we use it.

Let's make sure we find out as much as we can about depression and what to do about it.

Let's make sure we know what resources are out there for those groups in our communities already identified through studies as vulnerable.

And lastly let's make sure we support each other whole-heartedly in learning to live openly and fully without judgement and name calling.

There is widespread and understandable concern about publicly discussing suicide. In fact so much so that our media is governed by law.

The Coroners Act 2006 makes it illegal to "publish particulars of a death publicly if there is reasonable cause to believe the death was self-inflicted, or, without a coroner’s authority if no inquiry into the death has been completed. The section has further guidelines on what can be reported once a coroner has found a death to be self-inflicted."

We know from research there is a direct correlation between how suicide is reported and subsequent events. Coverage of a high profile celebrity suicide which romanticizes and idealizes the person's action and life spawns copy-catting. As does describing the method chosen or making the event front page news.

What's forgotten in the desire to protect us from our own vulnerabilities is that the ending is the final act in a much longer story.

That story needs telling. It's the one stripping out hysteria, fear and any misplaced glorification and instead focuses on the road leading to the act.

What signs were there along the way? How and why did we miss reading them? What can we learn from that?"

"Knowledge is power. When it is collectively shared, the affect ripples outward embracing more and more and changes occur. Destructive patterns are broken. New pathways are forged and attitudinal shifts are made.

Who ever needs it, where ever they are, it is now true more than ever that they do not need to walk their path alone."

"The internet, that vast interlinking web, makes it possible to access the information you need almost immediately. You'll find it on the After suicide website.
Once there use the navigation menus to locate what you want.

There's information for Community Organizations, Family and Friends, the Media and Health Practitioners. You'll find links to extensive resources and research, both national and international.

The 'What can I do?' tab addresses personal issues - among others: how to support a suicidal person.

Whatever group you belong to you'll find stories - empowering, enriching and real. Stories from teens, celebrities, sports people, mums, dads, and professionals all of whom have been united in some way by suicide. They've been forced to stop, think, reconsider and reconnect.

What can you do to make a difference? Read, learn, refer, join the discussion at events, donate your time and expertise. It's easy to find a way that is right and appropriate for you."

"We know for every one death by suicide there are at least six people profoundly affected. Those six people interact with at least six others and although the impact on them is diluted it's still there. Those six know six more and so it goes, wider and wider.

Just last week there was another of the those heart wrenching headlines. One more overwhelmed young person jumped off a bridge. The public 'whys' and finger pointing at his family and school were quick to follow." 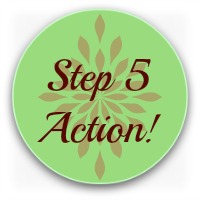 "We may not be able to reach everybody in time but we can each do what is within our personal power.
That is to spread understanding, and compassion; to give practical love and support.

And do it now!

I invite you all to find out more by accepting a flyer outlining the services and help available.

If you need to talk to someone about anything related to what I've said, please either see me afterwards or one of the spokespeople in the audience. You can spot them by their smile and their badges."

References used in this speech 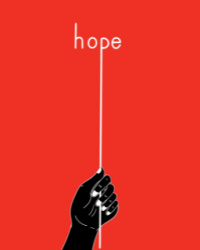 About this persuasive speech example "After They're Gone"

The topic, suicide and its aftermath, is real to me.

My father took his life and at that time, although there were well-meaning friends and family around us, the shame and stigma was enormous.

From then on we were treated differently. No one spoke to us about the whys of his death, let alone the hows. Not even my mother was able to share that information until we were adults many years later.

We made our own stories up to make sense of it all. The pity was that they were deeply flawed and self-limiting causing more pain and suffering.

It doesn't have to be like that. Not any more. For that I am profoundly grateful.

If you find the speech has stirred up unresolved issues for you, please seek assistance. You will find equivalent information to that available on After suicide in your area.

*After I gave this speech at my Toastmasters Club I was approached by a doctor whose specialty is Public Health. She asked for permission to take quotes from it to use in information pamphlets - something I agreed to immediately.

How to write a persuasive speech